STILL
Graham Piggott
15 June - 4 August 2018
STILL refers to an image as if taken from a film, as well as the philosophy of evoking stillness in the pictures. This collection of images also records the changes that have taken place in photography; from the physical alchemy of the darkroom to the pixels of the iPhone. Graham’s photography is characterised by its sense of narrative, quiet observations of the world around us frozen in time. Despite the relatively youthful timespan, this exhibition captures images that suggest they are from a previous era. I see in them a nod to Lartigue, to Cartier Bresson, Paul Strand, and Kertész. And, in that sense, they feel timeless and suspended. The work looks back over its shoulder and stands confidently in its own present.
Graham studied photography and graphics at Exeter Art School before moving to London as a photographer’s assistant in Alma Studios, Kensington. He then spent six years assisting Lord Snowdon with whom he travelled the world. This was a bold and thrilling time for photography and Snowdon was in his prime. During this period Graham met, and photographed, all his photographic heroes; Eve Arnold, Don McCullin and Henri Cartier Bresson. The work introduced him to the world of celebrity and royalty all of whom he captured or assisted with. Later, he supported Snowdon’s retrospective exhibitions at the National Portrait Gallery in London, Kunst Haus Wein, Vienna and The Centre for British Art, Yale and printing and overseeing Snowdon’s exhibition in the Kuskovo Palace, Moscow.
His freelance work for numerous magazines such as Country Life, Vanity Fair and Spanish Vogue, as well as design companies, the London Stock Exchange, and the Goodwood Estate has shaped his career. His work now mixes digital and analogue and in this retrospective you see those moments of stillness, of contemplation, and of curiosity that have informed Graham’s career.
Stephen Wrentmore Artistic Producer Poole Lighthouse 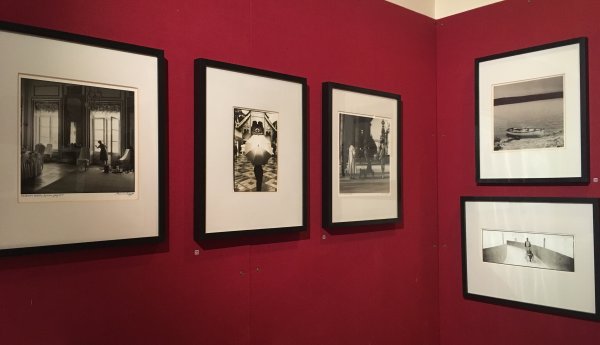